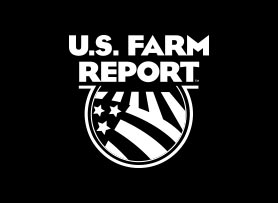 On the air for more than four decades, U.S. Farm Report remains the longest-running syndicated television program focusing on agriculture, rural issues and the country lifestyle. Hosted by award-winning journalist Tyne Morgan, a new edition of the program airs each weekend on stations coast-to-coast. Along with perspective from Tyne, U.S. Farm Report includes weekly contributions from meteorologist Mike Hoffman, commentary from John Phipps along with a stable of the nation’s leading market analysts.